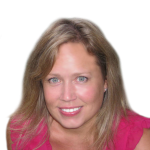 You can view comments from current and past clients below, and also at

Connecting with Aimee has been one of the most rewarding and beneficial experiences! I don’t seek support or guidance from people easily, but coaching with Aimee I feel such ease and trust. I couldn’t believe how in just a short period of time she was able to help me get unstuck with a relationship that I didn’t even realize was doing so much to slow me down in my business. Aimee has a way of both getting to the heart of a matter quickly, and holding me accountable over time. If you’ve been spinning your wheels and are ready to get real results, Aimee is the coach for you!

I worked with Aimee on a relationship with my boss. This woman had been a thorn in my side for more than 20 years, and had become my boss three years ago. We just didn’t “get” each other. I felt undervalued and unappreciated for all the hard work I did. I was in danger of losing my job because of this relationship. Aimee led me through the TANGO process and literally two days later, I had an amazing breakthrough with my boss. For the first time in over 20 years, we actually understood each other. I was so amazed that I had to give her a hug. I just wish I could have done this 20 years ago, because that was a lot of unnecessary stress and anxiety that could have been avoided.

I went to Aimee for help with my fear of giving formal public speaking presentations. I had used EFT previously on my own to get over a fear of driving over bridges, so I knew it worked, but felt I needed some coaching with regards to this fear since I had had it for over 20 years. She coached me over the period of about four months in 2011, including some tapping over the phone directly before some presentations – and I couldn’t be happier with the results. I went from putting my life on hold and being consumed with anxiety for a month before a presentation to now volunteering and asking to give presentations at work and enjoying it! It is an important part of my career, and working with Aimee has made me much more relaxed and confident at what I do. I would strongly encourage anybody struggling with a fear that is holding them back to try EFT.

EFT Columbus and Aimee helped me get rid of my PTSD from the NYC 9-11 Disaster. I was living in New York at the time and was on the same street as the disaster occurred. I was less than one mile north of the Twin Towers when they were on fire and collapsing. I spent 10 years trying various therapies from the Project Liberty program in NYC, to polarity therapy in Columbus, and any and every self help book I could find and their suggestions. The Emotional Freedom Technique (EFT) helped me the most and relieved me of my yearly nightmares, panic, tuning out, lost time, and very real fear. With two double sessions most of the pressure and memories are gone now and what remains has no emotional charge. I finally have release from a major world event that has effected me for ten years. Thank you Aimee and thank you EFT!

Tapping has changed my life. I have had every type of therapy and I find tapping to be the most effective and empowering way to regain control over the mind. I’ve endured a lot of abuse over the course of my lifetime and had to literally reprogram the way I think and create a new belief system for myself. I recommend eft because you can literally change your mind and free yourself from limiting beliefs stored in your body. It allows you to process things and let them go. It’s bringing it to the surface and then letting it go that is the key. Not just talking about it for hours with no change, which in my experience is what happens with traditional psychotherapy. Aimee has been a phenomenal help to me. She has such a gift for tuning and in and finding exactly how to say what I need to hear to rid myself of a negative or false belief. Aimee has not only helped me get my old self back, but she’s helped me be even better than I used to be. I now feel like a whole person. And eft can be used to heal physical pains to in addition to emotional pains. It works so fast too. And you can do it anywhere. Aimee is truly a genius and an angel and I will be forever thankful that I have had the honor and privelege to meet her and receive her gifts. I highly recommend EFT to anyone and I can say with one hundred percent certainty that it works and that you will have success. Aimee’s guidance and expertise is far superior to any other therapy out there. I would know I’ve tried everthing single thing out there. And I mean everthing. Eft works and Aimee is the best. Period.